When Michael Balazs, chief futurist at MITRE, became the Charlottesville site leader, he wanted to grow the interactions with the local community to ensure MITRE delivers the best solutions for our government sponsors. He specifically focused on growing the autonomy work program and always looking for the latest technology to give us an edge. The Nibbler drone was an early success of innovating by leveraging external partnerships.  Michael led MITRE’s work with the University of Virginia, Virginia Tech, John Hopkins Applied Physics Lab, Marine Corps, and more. “We taught marines all around the world to build drones that they would use themselves.” 3D printing drones led to huge cost savings and the creation of a 3D printing program that’s led in the drone printing industry for around 8 years.

Being a Bridging Innovation SME

When asked about his favorite part of the Bridging Innovation subject matter expert role, Michael said he loves getting exposure to the latest and greatest technology out there: “It’s so fascinating as a technologist!” He also enjoys mentoring academics and startups to help get them off the ground. “I love connecting what they’re trying to do from a technology perspective to a real-world government problem. People can be so locked into thinking about how amazing their technology is, but they don’t know what to do with it!” Michael’s mentoring helps them understand the impact their technology could have for a government mission, saying, “I often act as the bridge between the tech SMEs and the operational SMEs because I have experience on both sides.” 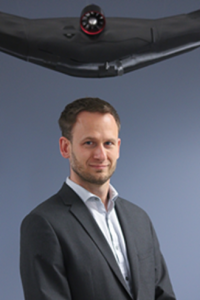 He also loves solving a government problem that hasn’t been solved before. As trusted advisors to the government, MITRE has intimate access and insight into their problem space. While we can’t always share exactly what the problem is with startups, we can put it into terms that shares enough information to connect them to the right people. Sometimes Michael deals with startups that feel threatened by a large company like MITRE. They don’t know why we’re talking to them and feel threatened because they don’t understand our motivation. While startup trepidation can be a roadblock, it’s rarely a deal breaker just an opportunity for another conversation.

Michael says, “I believe in the MITRE mission of bringing every possible solution to bear, whether it’s MITRE-created or not. Whenever we’re exposed to a new problem, we beat the bushes to find the best solutions – industry, startup, or academic.” Michael explained that he’s able to provide better support to his sponsors by being a part of the innovation community because he gains awareness of things outside of his local ecosystem, leading to broader government impact.

He recognizes the value of the innovation ecosystem and the importance for MITRE to involve our government sponsors so they can gain access to all the cutting-edge technology out there. “I find the role extremely rewarding and exciting,” Michael said. Something that surprised him? “I find myself in so many conversations going really deep on the technical side and nerding out – I didn’t expect that!” Michael’s closing advice was, “Everyone should get involved!”